Grace For the Least of Us – Especially Me

Editor’s Note: This is a guest story by Heather Ream. This is SUCH a powerful message about grace. Thanks, Heather!

When I was 10 years old, our church hosted their first Halloween event.  Unsuspecting patrons, thinking they were touring a run-of-the-mill haunted house, were shown the horrors of hell and what awaited us in eternity unless we accepted Jesus’ gift of salvation.  As people finished the tour, they were given the opportunity to learn more about the Lord.  Some found it so moving, they became saved that very night.

One of those people was my cousin, a popular, charismatic kid who was already getting into trouble in and away from school, despite the fact that he was well-loved and had ample opportunities for success.  I adored him, but I didn’t understand how he could act so bad yet still supposedly feel remorse for his sin.  I also didn’t understand why my mom was breathless with joy about him.  “He’s part of the Lord’s family now, Heather!  And he always will be!” she had exclaimed.  My cousin was already a favorite in our family and in our school.  And now he could act the way he did and still be loved by Jesus, too?  I was pea-green with envy.

As adults, my cousin and I took wildly different paths.  I was blessed with a wonderful husband and found deep spiritual satisfaction serving my community – a “decent” woman by most accounts, with a reputation for helping others without being asked.  My cousin, however, was sentenced to 14 years in prison for drug manufacturing – after he had already served 7 years for aggravated robbery.

Throughout my life, my mother continually defended my cousin’s adolescent spiritual epiphany.  Several years ago, he wrote a touching poem about needing God’s protection in jail and mailed it to her.  She framed his poem and displayed it proudly.  “Give me a break,” I told her, “Don’t you realize that he only seems to love God when he’s up for parole?”  I wasn’t having it.

“I can’t prove what’s in his heart, Heather,” she said, “but I believe him when he says he is saved.”

Late last year, things began to change with Mom.  She became more impulsive, argumentative, and just plain rude.  I had always enjoyed debating her on the finer points of theology, but suddenly her counterpoints completely deviated from Scripture.  Eventually, she withdrew from altogether.  This baffled and irritated me, as she was in my own Christian walk.  When we received the diagnosis of vascular dementia, however, I was relieved.  I now understood she had a broken brain, not a change of heart.  But I still wasn’t prepared for the emotional upheaval the diagnosis unleashed.

“God hates me,” she began telling me over and over. “He did this to punish me.”  Sometimes her tone was self-pitying, sometimes it had a streak of nastiness.  No matter how many ways I calmly explained that this wasn’t the case, she would not or could believe me.  No matter how many times I prayed with her or reminded her of her favorite Bible stories or examples of God’s provision in her life, she would not or could not believe me.

She has developed a reputation of being a difficult patient in her nursing home.  While the staff understands her diagnosis, there is also evidence that her some of her behavior is intentional.  Yet, I often spend time with her nurses, pleading her case.  I guess what I’m saying is, I can’t prove what’s in her heart, but I believe her when she says she was saved.

I believe her because I still have the memories of every time she sacrificed her own well-being for her children.  I remember the feeling of being loved by her, often deficiently but no doubt constantly.  I remember her prayers on my behalf, her encouragement of me to use my God-given talents boundlessly.  I believe it because I know it.

No doubt she believes the same thing about my cousin.

That’s not to say that I definitely know what’s in anyone’s heart.  Those thoughts are visible only to the Author of All.  But if I truly believe that God’s grace applies to those who call on His name with repentance, even imperfectly, then I have to believe that she may be right about him.

Limitless grace is not a license to sin, nor is it a blanket eternal pardon for those who do not know Jesus.

It is instead a priceless, undeserved gift of a patient Creator.  After all, when does grace expire?  Is it after my mother’s purposeful refusal of medication for the 3rd or the 4th?  Does it perhaps expire on a thin mattress when an inmate lies in the dark, planning for his survival?  Is it reinstated after a beautiful poem?  Did grace exist for me when I jealously dismissed my cousin’s conversion?  Was it retroactively applied when I walked the long Baptist aisle at age 11 and told my pastor I wanted to be saved?

The truth is, grace either for every Christian or for no Christian.

Otherwise, we may spend our days only doling out love and forgiveness for the kind of repentance that looks “right.”  If I believe what the Bible teaches, then I must change my petty, myopic view of grace.  If I don’t, I’m merely a pardoned offender, serving a self-imposed sentence in a prison cell that was unlocked long ago.

Heather Ream is an emerging writer from Knoxville, Tennessee.  The Lord blessed her with an incredible husband, Ben, and a joyful desire to serve others in her community.  You can follow her East Tennessee adventures at www.runningtowardthefire.blogspot.com. 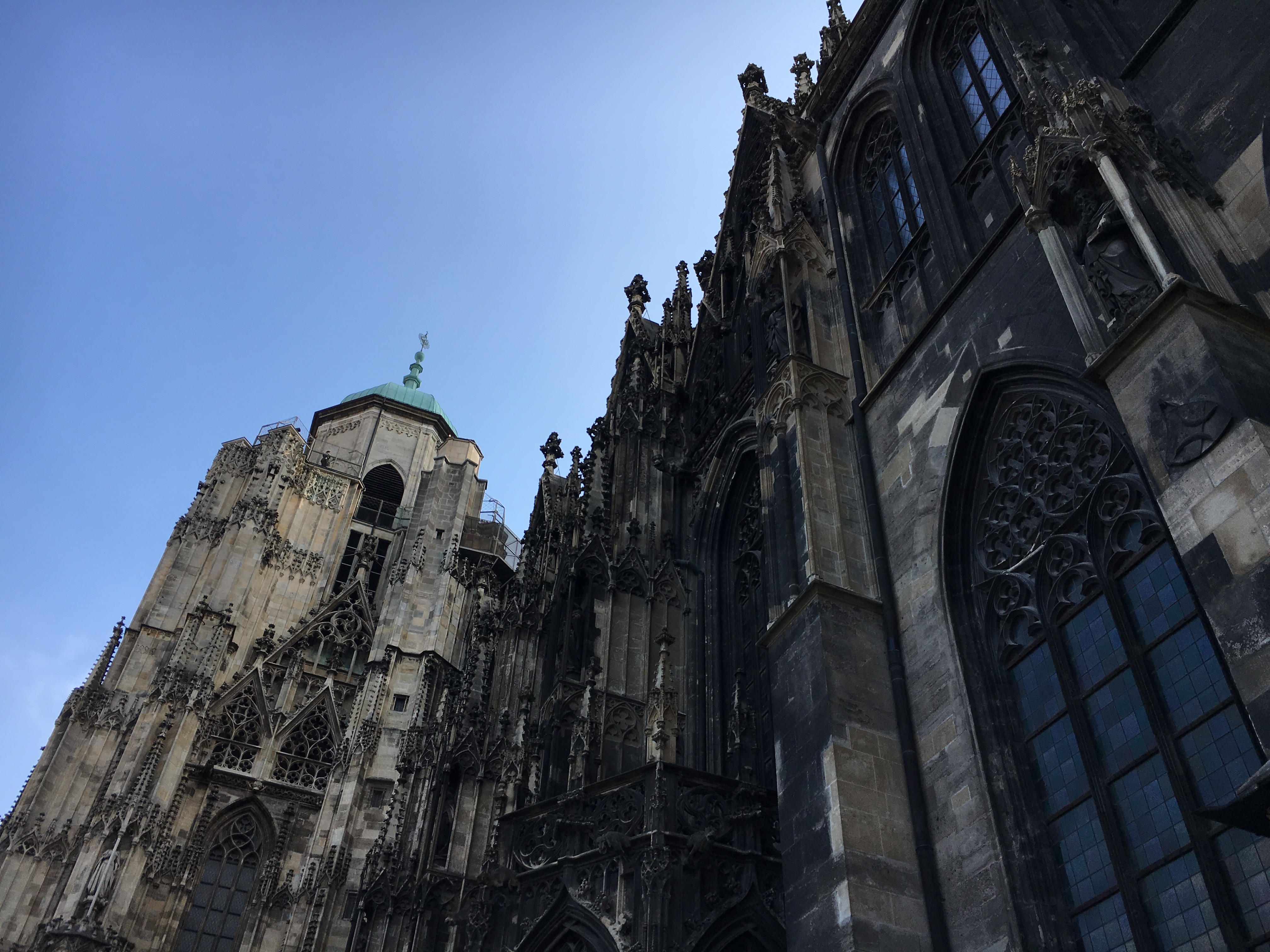 Vienna, Austria — Churches Around the World