[Guest Post by Karen Neumair] – I like to run. Notice I didn’t call myself a runner, because that would imply that I am actually good at it.

Me and my 13-minute mile–look out, world!

Most people assume that I started running to lose weight, and I tend to let most people think that.

Because the real reason is a lot less glamorous, a lot darker.

I started running to beat depression. And not just your average, run-of-the-mill depressive episode that many of us experience from time to time, but the more sinister, dark-night-of-the-soul depression, the kind where you don’t remember to eat, you don’t have the strength to get off the bathroom floor (if you make it that far), and you can’t think about anything except how badly you want to die.

Most of us will agree that Christians can get depressed, but can Christians get suicidal?

I suspect that many in the church unconsciously believe that Christians do not and should not become suicidal, because suicide is, after all, something that only happens when you lose all hope, and don’t Christians have the best Hope there is?

I always believed that God absolutely, 100% had the power to heal me of my depression.

But during those darkest nights, I didn’t believe that God would heal me, even though I knew He could. I never lost hope in Jesus, but I did lose hope for recovery. All I wanted more than anything else was to rest in the arms of my Savior.

The temptation to kill myself felt like too much to bear. And so I had two options, to give in to that temptation and commit an irreversible (but not unforgivable) sin, or believe God’s promise to me in His Word:

“God is faithful; He will not let you be tempted beyond what you can bear. But when you are tempted, He will also provide a way out so that you can endure it.” (1 Cor. 10:13)

And so, on December 22, 2011, I was admitted to Pine Rest Christian Mental Health Services for five days.

I think Christians often make the mistake of over-spiritualizing depression and neglecting the physical, while non-Christians tend to focus too much on the physical and neglect the spiritual. But what if getting to the bottom of depression requires a body, mind, AND soul approach?

In the hospital, I rested.

I began to treat my body, mind, and soul.

With the support of my healthcare team, I started new medication and added some vitamins and supplements into my diet, and I began running as soon as the weather turned warm (to heal my body). With the help of a licensed therapist, I learned to pay attention to and change my negative self-talk (to heal my mind). But most importantly–once my brain started to recover, I was strong enough to address the cracks in my faith that were revealed by the depth and the pressure of my depression.

No matter what depression may look like, the attributes of God are almost always under attack.

How can God love me, especially in this place?

In the belly of the whale?

Speaking of, Jonah was suicidal too, you know.

When he asked those sailors to throw him overboard, there was no way to survive. He didn’t want to survive. But God provided a way out, a really awful and dark way out. And in the belly of the whale, God changed Jonah’s heart (if only temporarily), and only then was he vomited out onto to dry land.

Without healing in the body, mind, and soul, depression will continue to creep back in.

And even if I accidentally wander into that dark place again, the sign of Jonah reminds me that, out of His unfailing love for me, God uses even depression to teach me more about who He is, to change my heart, and above all else, to demonstrate His power to save.

And like Jonah, I have been given a second chance. Unlike Jonah, I will not forget. And someday, maybe someday, I’ll be able to run a 10-minute mile. Maybe less.

Karen Neumair is a lover of God and a lover of words, especially when those two things come together. She has experienced multiple depressive episodes in her life, most recently after the birth of her second daughter, but is overwhelming thankful for how God has used her depression to teach her more about Who He is (and who she isn’t). Wife to Chris and Mommy to Hannah and Becca, Karen also serves as a Literary Agent with Credo Communications. 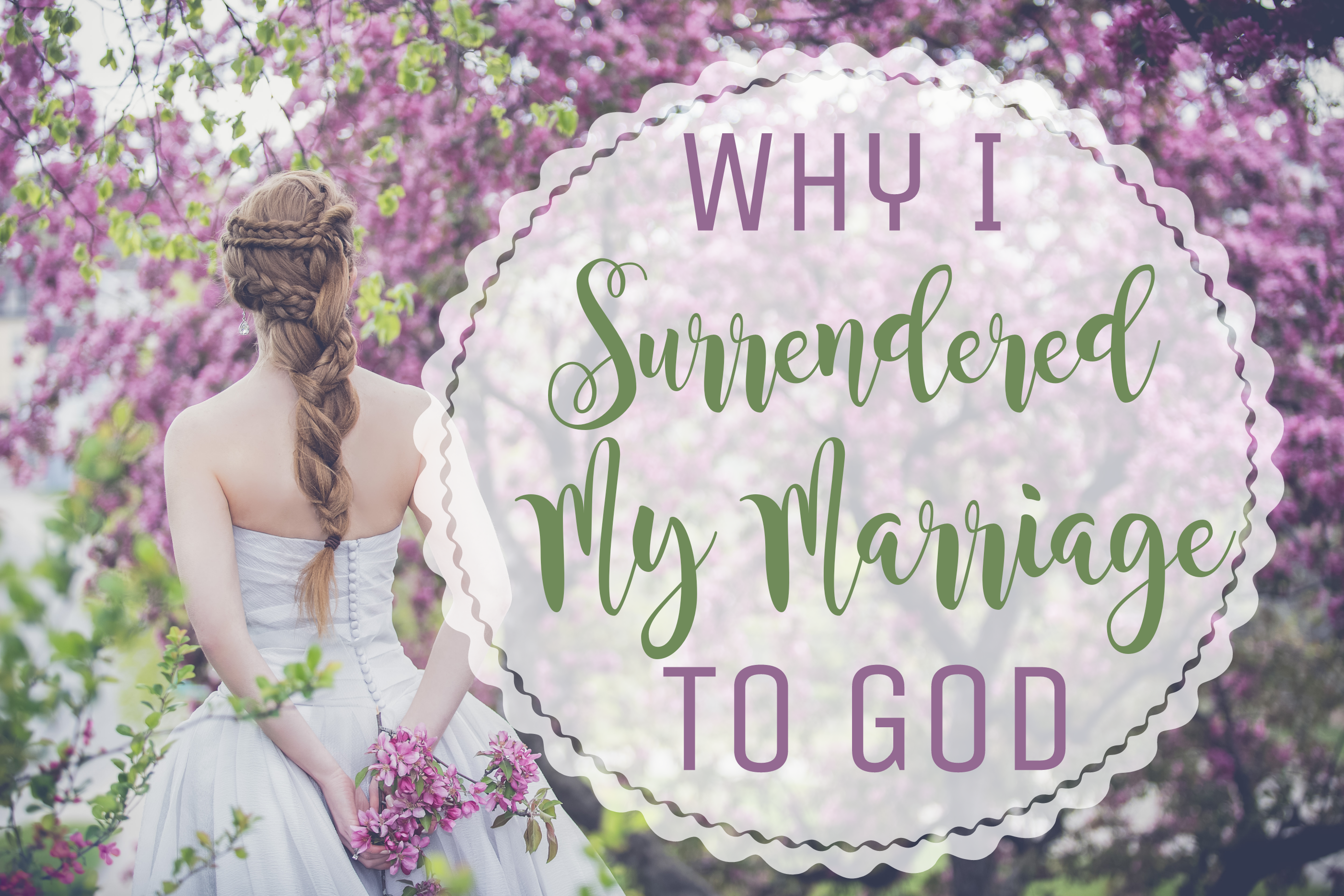 Why I Surrendered My Marriage to God